“We are bullish on SEA market and has started with Singapore 2-3 months back as our base. We are also expanding across the regions like Indonesia, Thailand, Philippines and other parts of SE Asia,” Sadiq Ahamed, chief strategy officer at Qwikcilver told DEALSTREETASIA. 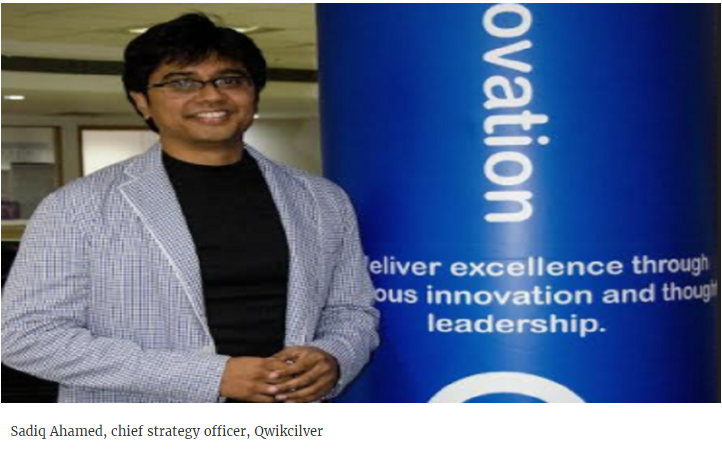 In Singapore, Qwikcilver has partnered with NETS, a payments company, to enable digital gift cards in malls and retailers across the country. It is also working with 99SME to enable gift cards for SMEs, and with Lazada for the gift cards to be sold on its site.

“NETS being a dominant player in Singapore, it helps us to reach all the retailers and malls in a single shot. In this market there are only paper based vouchers. There is immense opportunity to digitize gift cards here. It’s also a large and worthy market hence, we are expanding here,” Ahamed said.

Founded in 2008 by Kumar Sudarsan and Pratap TP, Qwikcilver was primarily started as a processor and is a SaaS-based prepaid card solution provider. The company is also engaged in the business of distributing gift cards to corporate and individuals through Woohoo.in, a firm which was launched in 2015.

“Early this year, we launched operations in Middle East, and after starting in Singapore, the company will focus on Indonesia and Malaysia,” said Ahamed. The company has offices in Dubai, Singapore and Bangalore.

“Middle East has turned out to be really good. It has been contributing a few percentage to the revenue of Qwikcilver. We also have signed up with 40-50 brands in Middle East including Sharaf DG, Al Futtaim group, Novo Cinemas, Emke Group and many more,” he added. So far, Qwikcilver has deployed its cloud technology platform across UAE, KSA, Kuwait, Bahrain, Qatar, Oman and Egypt.

Apart from Accel and Helion, Qwikcilver is backed by investors like Amazon and Sistema Fund. Last year in July, the company had raised $10 million led by Sistema Asia Fund, the proprietary fund of Russian conglomerate Sistema. In the round, existing investors like Amazon Asia-Pacific, Accel India and Helion Venture Partners also participated. Prior to that in 2015, it had raised $10 million from Amazon and others.

Ahamed further said that the company did not have any ‘requirement for fresh funding currently as it was already profitable’. “Right now, our focus is market expansion, whatever capital we have currently is what we are utilizing now,” he said.

Globally, Qwikcilver powers approximately 1.5 billion GMV worth of gift cards currently. Overall, around 100 million gift cards have been issued in the last three years and the company is expecting contribution of 20-25 per cent from South East Asia to its revenue in the next financial year.